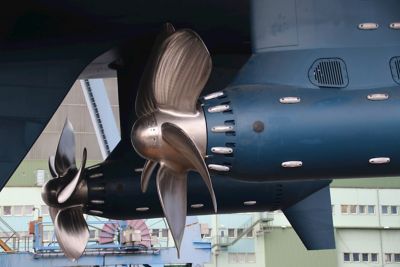 3. For each project, ABB designs a propeller tailored to the specific needs of the ship it will power.

4. Today, over 25 different vessel types rely on Azipod® technology – from cruise and passenger vessels to cargo ships, icebreakers and superyachts.

5. The largest cruise ship in the world – Symphony of the Seas – is equipped with three 20-megawatt Azipod® units – enough to power 500 cars. 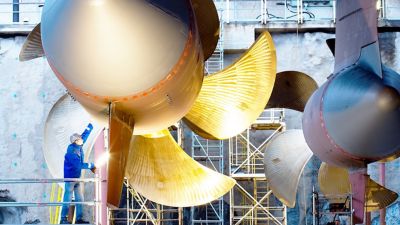 6. The propeller diameter for the largest Azipod® units measures close to 8 meters.

7. Azipod® propulsion is proven to cut fuel consumption by up to 20 percent compared to traditional shaftline propulsion systems.

8. Azipod® propulsion has saved an estimated 1 million tons of fuel in the cruise segment alone.

9. Using Azipod® propulsion, a huge cruise vessel can be maneuvered with incredible precision and accuracy. Even the largest of ships can dock in harbors where turning circles are restricted.

10. Some of the largest Azipod® units weigh more than an adult blue whale – yet their ability to rotate 360 degrees makes the ships they steer much more maneuverable!

11. Vessels featuring Azipod® propulsion are safer: unlike ships using conventional shaftline system, they can be steered throughout the ‘crash stop’ period and take 50 percent less time to come to a complete stop.

12. The first-ever Azipod® unit was developed for and installed on an ice-going vessel. 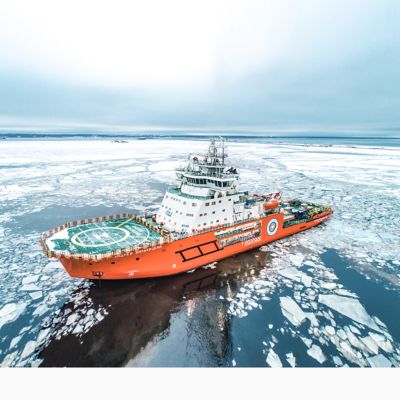 14. The first tanker to cross the Northern Sea Route without the aid of an icebreaker was LNG carrier Christophe de Margerie – powered by Azipod® propulsion.

15. To break ice in particularly challenging conditions, vessels powered by Azipod® propulsion navigate stern first. Propellers mill the underwater part of the ice ridge to open a passage: water flow generated by the propeller flushes the hull, allowing the ship to move ahead with ease.

17. Since a vessel with the Azipod® systemhas no propulsion motor on board, there is extra space for passengers, cargo and storage.

19. Vessels with Azipod® propulsion have been built at shipyards in 18 countries.

20. With a much simpler setup than conventional systems, Azipod® propulsion does not require a separate shaftline, rudder, stern thrusters or associated auxiliary systems.

21. Arriving at the shipyard fully assembled and ready for installation, an Azipod® unit is simply plugged straight into the vessel’s hull.

22. A large passenger vessel can take over two years to build – but the Azipod® propulsion system can be mechanically fitted in a matter of days.

23. Shipyards often install the Azipod® system just a week or two before the vessel is launched. 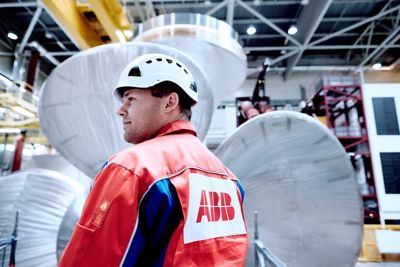 24. Azipod® propulsion is not just suitable for new ships – it can be fitted on an existing vessel to replace the traditional shaftline system.

25. A vessel can be powered by just one Azipod® unit – or as many as eight and even more.

27. Azipod® propulsion is a future-proof system: it can be powered by electricity drawn from various energy sources, including renewables, and can easily adapt to new sources – potentially even those yet to be developed.

28. Azipod® units are produced at three locations: propulsion and steering units for the largest models are manufactured at factories in Helsinki and Hamina, Finland, while compact units are constructed at a facility in Shanghai, China. 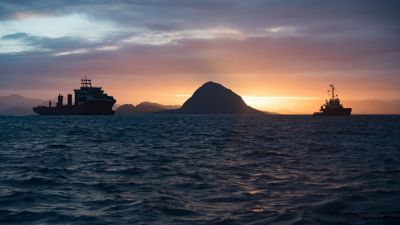 29. Up to 95 percent of the material used in the production of Azipod® units is recyclable.

30. Azipod® units are now available in the power range of 1 to 22 megawatts. 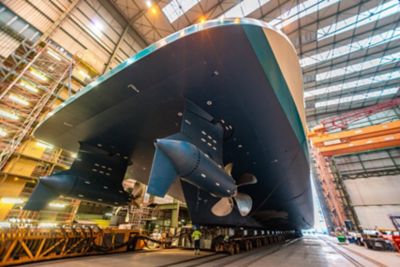 Discover our complete offering for your specific segment.

Please select the optional cookies we can set on your device:

We collect statistics in order to understand how our visitors interact with the website and how we can improve it. The cookies collect information in a way that does not directly identify anyone.

We store choices you have made so that they are remembered when you visit our website again in order to provide you a more personalized experience.

We collect statistics in order to understand how our visitors interact with the website and how we can improve it. The cookies collect information in a way that does not directly identify anyone.

We store choices you have made so that they are remembered when you visit our website again in order to provide you a more personalized experience.

Apply selection and agree
Select all and agree